Tips for Organizing Your Living Space 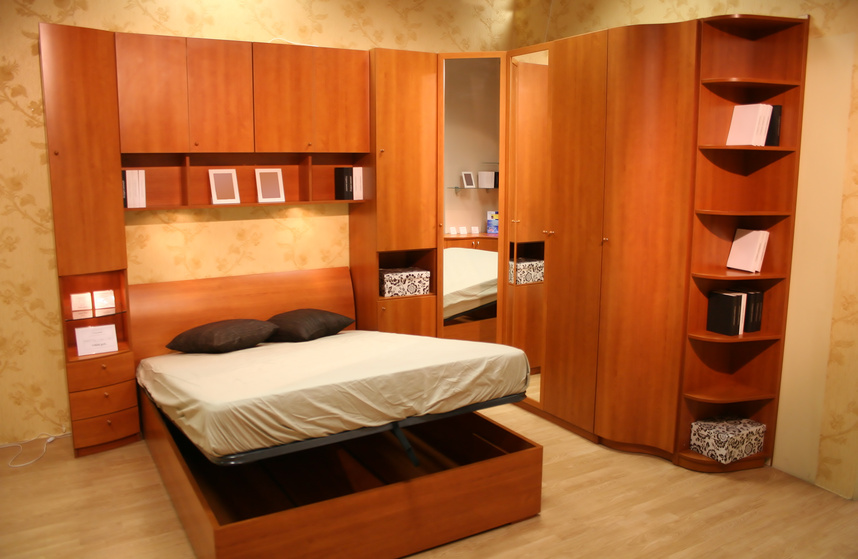 Homes and apartments are smaller than ever these days. We have more stuff than ever and less space to keep it in than ever before. Closet organizing systems have become a big business as more and more people try to fit their entire lives into a few closets. If we were living in colonial America we may not have had this problem. Contrary to the belief that colonial Americans lacked closets because of some absurd “closet tax,” some argue that they simply lacked the requisite possessions to necessitate closets. Perhaps unfortunately, we all have to contend with packed closets, and ideas for closet organization and space saving techniques are many and varied. Here are some tips for utilizing your space as efficiently as possible through the use of things like wall beds and closet storage systems.

Wall beds such as the Murphy bed have been around for a long time, but they’re making a comeback with their efficient utilization of space. Wall beds are beds that fold up into the wall (usually using a piston-lift or torsion springs to make it easier to raise and lower), so a room that is not usually used for sleeping can pull double duty as a bedroom without taking up any more space. Any residence that has limited floor space, such as small homes, apartments, hotels, mobile homes and college dormitories can benefit from wall beds.

Murphy beds are named after their inventor, William Lawrence Murphy, who moved to a one-room apartment in San Francisco at the turn of the 20th century. Legend has it that Murphy was attempting to woo an opera singer, but the moral conventions of the time prevented men from having women in their bedroom. Since Murphy’s bedroom and living room were one and the same, this made it rather difficult for him to have his lady friend over to his apartment. His solution to the problem was to transform his bedroom into his parlor by creating a bed that folded up into the wall.

But today’s wall beds have come a long way since Murphy’s day. They’re no longer the old, clunky models that you remember seeing in your grandma’s house when you were a kid. Today’s wall beds are comfortable and stylish while still giving you maximum space efficiency.

With more people building smaller homes, and preferring to stay in the home they’re in rather than moving, wall beds have become an attractive way to save space. A home office can easily be transformed into a bedroom through the use of well placed wall beds. And with the extensive decorating that goes into today’s wall beds, nobody will be any the wiser once it’s folded up.

Another way to use your space efficiently is to make use of closet systems. Closet systems can help you organize your belongings by establishing a plan for their storage. While there are many different closet systems, it’s best to keep it simple to avoid becoming overwhelmed. When organizing your closet, take the opportunity note everything you store in it and donate or throw out things you no longer use or wear. You can save valuable space by taking inventory and purging what’s no longer necessary. Great references here: www.morespaceplace.com