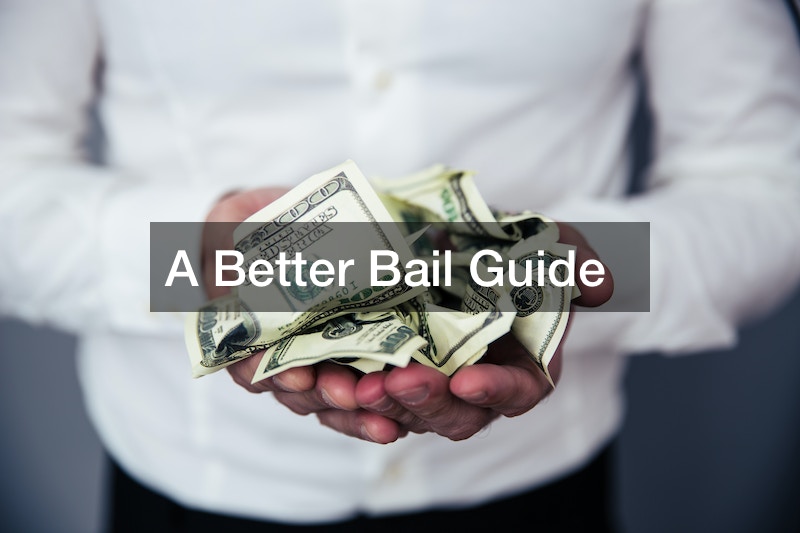 According to the Vera Institute of Justice, someone is arrested every three seconds in America. That’s 10.5 million arrests every year. The crimes they allegedly commit are classified according to their seriousness. Most states distinguish crimes as felonies, misdemeanors, or infractions. Infractions are petty offenses that rarely attract punishment by incarceration, while misdemeanors are criminal offenses punishable by fines and/or a jail term of not more than a year. Felonies are the most severe of crimes, and most arrests (80%) are misdemeanors. Bail is usually set for misdemeanor and felony offenses. In this article, we’ll be looking at what the bail process entails.

Bail is the practice of releasing a suspect from custody while ensuring that they will return for their appointed court proceedings. To ensure that the defendant makes an appearance at their hearing, the court sets an amount for them to pay as collateral. They get their money back if they make their appointed appearances in court. If they do not make their court appearance, they would be violating the conditions of their release, and the court would keep the money they posted as bail.

In addition, the court will issue a warrant for the defendant’s arrest. Skipping bail/bail jumping is a criminal offense, so the defendant can be charged with yet another crime and financial penalties. The court may also stipulate other release conditions other than court appearance, e.g., restrictions on movement, communication, associations, and weapons; compulsory participation in treatment programs; and/or monitoring. One example of a condition is that someone charged with domestic violence should not contact the alleged victim.

When a person is arrested, they are taken into custody for processing. If the offense requires they remain in custody (jail), they must be arraigned within 48 to 72 hours. During the arraignment, the defendant is notified of their charges; and a decision is made on whether or not they can be released on bail. If they cannot post bail or bail is denied, they will stay in jail until their hearing. Either that or they can hire a bail bonds agent to cover their bail for a fee.

How Bail is Set

The other way that bail is decided is via an algorithm that may output a score or recommendation on whether the defendant should be released. Bail algorithms help guide the judge’s decision based on an objective analysis of the defendant’s flight risk, i.e., the likelihood of them fleeing. The algorithm assesses based on age, criminal history, current charges, and history of appearing/failing to appear at court proceedings.

Is There a Limit on Bail Amounts?

Per the Eighth Amendment to the U.S. Constitution, bail cannot be excessive, nor is it a method of raising money for the government. They are also not a method of punishing the defendant for their alleged crime. They are only a means to ensure the defendant has an incentive to appear before the court on the appointed date. Bail is only set if the court deems it to be the only way a defendant will make an appearance in court.

Types of Bail and Other Arrest Outcomes

These are the outcomes defendants can expect from a bail hearing:

Cash Bail – This is the most straightforward type. Once the bail is set, the defendant pays the total amount to the court via cash, check, or whichever other form the court is willing to accept. Someone else, usually adult friends or family, can also post bail on behalf of the defendant. If the accused appears in court on the appointed date, the person who paid the bail will receive their money at the end of the case. And vice versa.

Property Bond – Some states allow property bonds. If the defendant does not have liquid cash, the court may also accept collateral – usually land or buildings though they may also be willing to accept other forms of property. Unlike cash bail/surety bonds, these can take weeks as the court has to conduct inspections, valuations, and other paperwork on the property in question.

Surety Bond/Bail Bond – Many people cannot come up with the money required to post bail. They can contact bail agents / a bail bondsman, who will provide them with a bail bond. The bail bond is a surety bond posted by a bail bond company guaranteeing that the defendant will appear in court on all required dates. If the defendant fails to show up, a better bail agent has to pay the bail. It’s important to find a dependable bail bondsman.

This service comes at a cost. The fee the defendant pays is usually 10% to 15% of the bail amount. It is non-refundable. In addition, the defendant provides collateral to protect the bail agent from losses if they skip bail. A family member or friend can also offer collateral and pay the 10 to 15 percent fee. The bail bond company may also hire a bounty hunter to track down the bail skipper and turn them in to avoid paying bail.

Partially Secured Bonds – Rather than pay the whole bail amount, the court allows a loved one of the defendants to pay a fee which is usually 10%. If the accused shows up on their court dates, the fee is refunded to the one who paid it. If not, the loved one will have to pay the full bail amount to the court.

Release on Own Recognizance – If the court deems that the accused is neither a flight risk nor a threat to the community, they will be released, and the judge will not set bail. Instead, the accused signs a promise stating they will avail themselves on all court dates. Factors that may influence such a decision include:

Federal Bail Bond – If someone is accused of committing a federal offense or interstate crime, they require a federal bail bond to be posted so they can be released. These are usually very expensive and hard to come by.

Immigration Bail Bond – These are for immigrants who have committed offenses. Due to the strict and complicated nature of immigration bail bonds, it’s recommended that you hire a better bail company to help you navigate all the requirements.

Denial of Bail – Occurs when the defendant is a flight risk or a threat to the public.

For some minor offenses, the accused may not be taken to jail and therefore, not require emergency bail bonds. Instead, they receive a written notice requiring them to show up for their court date. This situation is a citation release and the citing officer’s decision.

According to research by the Laura and John Arnold Foundation (LJAF), those who remain in jail before their trial are four times more likely to be convicted and sent to prison than those released before trial. This is the main reason why someone charged with a crime should hire a better bail company since they are more likely to have better outcomes. Moreover, jail is a dehumanizing place where the conditions are worse than what you’d find in prison. Prisons have exercise facilities, libraries, work opportunities, and other privileges. These are perks that may not be available before sentencing.

Another danger with jail is that it’s a dangerous place to make careless implicating statements. One may inadvertently share information with jailers or other inmates that may be used against them if the case goes to trial. The outside world is not as risky. The fourth reason to hire a better bail company is that a case can lose steam as the accused is outside.

Prosecutors don’t move as fast when the defendant is not in custody. As such, witnesses may disappear, cases can get stale, and the defendants end up getting a better deal than they had hoped for. Lastly, hiring a better bail bondsmen agent gives bailed defendants a chance to take a step back and reconstruct their lives. This allows the accused to present a better case for their freedom or at least have their charges reduced by the court. Frequently, the answer is yes as to whether one should hire a better bail company.

Can One Get Bail During the Appeal Process

Bail after conviction is not possible in all states as it is not a right constitutionally. In the states where it is allowed, judges often have substantial leeway in determining if the bail should be given and how high the amount should be. The possibility of bail or felony bail bonds after conviction will not be possible if the crime committed was violent or severe, e.g., rape or murder, or the defendant received a long jail sentence. The decision on whether or not to grant bail will be based on the same factors as before conviction, i.e., the seriousness of the crime, criminal history, whether they appeared in court as appointed, ties to the community, and employment. Furthermore, a defendant will not be granted bail after conviction if it is believed they are likely to meddle with evidence or witnesses.

If the accused fails to show up on the court date, the bail is forfeited, meaning it cannot be repaid to the accused. However, the court allows the person who posted the bail to apply for a remission of forfeiture, asking for the money to be returned. You should consult a criminal defense lawyer if you have skipped bail and are scared of the consequences. Note that you must apply within one year after the forfeiture was ordered. For the remission to be granted, the accused must offer valid reasons why the money should be returned, e.g., hospitalization or incarceration elsewhere. Financial hardships are not a valid reason. You can also consult a better bail bond service to help fill in your remission of forfeiture form.

Bail jumping can be charged as a crime in federal and state courts. If you were issued a federal bond and skipped bail, consult a federal criminal defense lawyer. You should note that the innocence of a crime does not constitute a valid defense to skipping bail. There are cases where you may only be charged with bail jumping if you do not surrender within 30 days after bond forfeiture. Depending on the state you are in, the offense can be charged as a misdemeanor or felony. Some states will only charge bail jumping if the underlying charge is a felony.

For an accused to be convicted of bail jumping, the prosecution would need to prove that they did not show up to court intentionally. Therefore, establishing that the defendant did not receive appropriate notice of the court date may remove the charge. Another valid reason for not appearing is circumstances outside the accused’s control. Drug use or intoxication may be accepted, but it is under the judge’s discretion. Similar to remission of forfeiture, incarceration and hospitalization are also valid reasons.

It’s always advisable to get a lawyer as soon as you have been arrested or when you have someone you care about in that position. Be sure to get a local lawyer, as they know the people working in the local justice system. On the other hand, if you need bail posted, contact a better bail bond company.